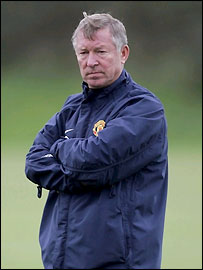 Manchester United striker Wayne Rooney will undergo a scan on 25 May which may determine whether he is fit to play for England at the World Cup.

Rooney is in England’s 23-man squad, which was rubber-stamped on Monday, despite having broken a bone in a foot.

“After 25 May we will know much more about what will happen with Wayne. It will be a pity if he does not make it – but our chances do not stand or fall with Wayne Rooney.”

Eriksson is already considering using Liverpool midfielder Steven Gerrard as a support striker in Germany if Rooney is not fit enough to feature.

“I have known for many years that Steven can play a lot of positions and one is second striker,” he added. I am sure he could also play as first striker and he is also excellent at right-back. It depends a lot what is going to happen with Michael Owen and Wayne. We have not decided yet where we are going to use Steven. But Michael looks in very good shape, he is scoring in training and he is hungry to play football. That is very good. He looks 100% fit and I am very confident he will be absolutely perfect for the World Cup.“

Rooney is continuing to receive treatment on his injury in Manchester and has not joined up with his international colleagues at their Portugal training camp this week.

United boss Sir Alex Ferguson has reiterated his view that England should not take Rooney to the World Cup unless he is 100% fit.

“You cannot take anyone half-fit to a World Cup, I think that happened with David Beckham. We have assisted Wayne. He didn’t enjoy the oxygen chamber but tried it. A lot of people might think I am selfish but Wayne is the most important player in the team at Manchester United. We have to ensure the boy is going to be fit at the start of the season for us, so we all become selfish in that respect. England are selfish and Manchester United are selfish because they want the best for their operation. They have not got conclusive evidence the oxygen chamber actually works but there is nothing against it. Everything is worth trying and that is what we are doing with Wayne. He is in good hands. He has got the boot off and he is walking normally now, which is good news. So you never know but I certainly think it is very important for the boy not to go half-fit, or even three-quarters fit, and not do himself or England justice.”