I mean hows that to go.First i thought must be some kind of joke going around passed by United fans to laugh at Gooners’ French Connection.But then later in few days it was everywhere.As i was out for camp i hardly knew what was going in this mad world.
I still cant hold my laugh while writing.Quite a deal that went between the clubs.
Though Fergie praised him for serving United i think he has got last chance to get himself back in game.At least he got his promotion from reserves to subs. ;)

Many thanks to Wenger and friends.

These fixtures are not generally suitable for me cause its majority that i missed them.This is the only reason why i missed writing about these few days ago.

Its a fifth round FA tie against our favorite opponents ,the Gunners.We are playing Arsenal at their home which are matters worse for us.I cant remember any defeats they had this season at their home END_OF_DOCUMENT_TOKEN_TO_BE_REPLACED

The draws for the FA are finally out and guess who are we meeting.The Gunners are going to visit us at Trafford for the fifth round of the FA finals in mid FEB.Well they have been for quite a time United’s worthy opponent and have made almost every encounter into a classic match.

The last time that we faced them in FA finals was back in 2005 at Trafford.Well the results were dissapointing from United’s side  but the match worth watching.These are  matches which dont set off till they completely finish those given 120 minutes plus the 5 penalties.Its like a never ending conflict.Believe me watching such matches at stadium is worth every penny. END_OF_DOCUMENT_TOKEN_TO_BE_REPLACED 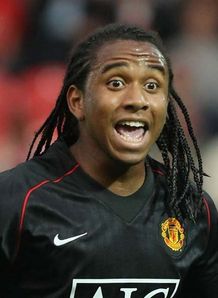 William Gallas equalised in injury-time to salvage a draw and keep Arsenal on top of the Premier League after an absorbing clash with Manchester United. Gallas turned Wayne Rooney’s half-hit effort into his own goal on the stroke of half time to give United the lead. Cesc Fabregas’ cool finish put Arsenal level two minutes after the break, but Cristiano Ronaldo slid home Patrice Evra’s cross nine minutes from time. But Gallas then scrambled in Gael Clichy’s cross to earn a point. END_OF_DOCUMENT_TOKEN_TO_BE_REPLACED