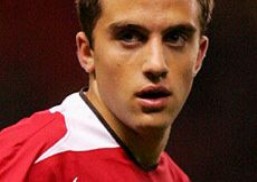 The news that Guiseppe Rossi moved on to Villareal for £6.7 million, was not the news a ManU fan wanted to read. But there are many positives in this story.

Letting Rossi, the talented kid everyone was looking forward to, move on shows how confident SAF and David Gill are when it comes to Tevez. With the uncertain future of Alan Smith, we need one more striker. Now the pressure is on SAF and Gill to make sure they have another option if the High Court rules in favour of WHU. Even if they have only 3 days after the end of the ruling, we need one more striker. And chances of Smith opting for another Prem Club, having the possibility to play weekly are rather big I think.

The money for Rossi is brilliant, especially since he was a real bargain.

We sold a player who hasn’t proven anything in the Prem. His spell at Newcastle FC was disappointing. As fr as English football concerns, Rossi is nothing more than a talent.

But the best part of Rossi’s move to Villareal is the buy back option ManU has built in. A simple stroke of genius by SAF
Rossi signed a 6 year deal. A six year deal with a competitive Spanish club. La Liga will offer Guiseppe the possibility to further evolve, evolve in a way more favourable to a possible move back to OT than Serie A would have been. La Liga is a rather fast paced competition, with lots of space. Rossi will learn to use his pace and break out. If Rossi had moved to Italy with the same buy back option, his evolution could have been less interesting to us. The Italian competition is much slower than our Prem and the game is played closer on the ball than we know in England. La Liga will offer Rossi the possibility to learn to use space and also create himself space, without running in to the next player only 1 yard further as it is in the Serie A.
And it seems logic to me that a built-in buy back option will turn out cheaper for ManU than if they wanted to buy Rossi, the star winger Rossi, some day.