A combination of Danny Welbeck and Wes Brown ensured the disappointing hosts stole all three points as an unfortunate Sunderland side can count themselves unlucky for not getting something from the game. The Manchester United statistics don’t lie as the 19-time champions bossed the match but were not as convincing as you would expect from England’s best team.

END_OF_DOCUMENT_TOKEN_TO_BE_REPLACED

What better could a United fan ask for.The match was on the minute ref blew the whistle.For the first time  team selection was perfect. Defense looked better in shape and mid-field just required as to be aggressive.
END_OF_DOCUMENT_TOKEN_TO_BE_REPLACED 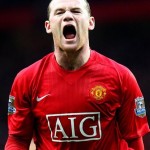 My busy schedules kept me off from this wonderful game.However,I somehow managed my self with a copy of this game and damn,it was worth it.
Well if you are one of those fans who has watched almost all players present that night from their first United game it could be a relish how you see  your favorite player perform that night.
For first hour, it looked tragic how United players were working the game against the team who looked vulnerable for lots of time and we were going to settle for another one goal victory.Well yea victory was sure but could it be more than one goal.For that we were responsible  on few players.
Nani on lots of occasions was going selfish and Valencia kept spoiling at very last second of his tackle.The mid field was the power house of them.There was some brilliance working in middle from Scholey,Carrick and Fletcher.That was some where holding the team in their boots.Rooney was the only guy attacking first half but wasn’t great converting on occasions.Our superiority wasn’t producing any goals until Ryan Giggs came into picture. END_OF_DOCUMENT_TOKEN_TO_BE_REPLACED