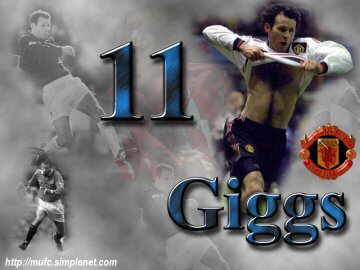 Dong Fangzhou’s arrival at Old Trafford could never be described as easy or fast. In fact, it was more like an odyssey befitting the old adventure literature of his home country China. Dong’s recruitment into Manchester United was not as straightforward as others might think, it actually was quite circuitous and would have discouraged most people if they had experienced what Dong did.

Sir Alex Ferguson signed Dong up in January 2004 after he wowed Manchester United scouts while playing for the Dalian Shide. The then 19 year old Dong could not be put into the Reds Academy immediately because he did not have a work permit. This meant that he had to stay for almost two years with ManUtd’s feeder club Royal Antwerp in Belgium before he could join the big boys at Old Trafford.

Dong sees his stint in Belgium as an opportunity to further improve his skills and round out his over all abilities on the field. He says that the time he spent in Belgium only ensured that he is at his best when he finally joins the Red Devils. Now all eyes are on him to see if he will be able to wow the fans and also contribute to the team’s push to win a title this year.

But it looks like the large shadow that Keane has cast over the team is finally lifting even though Sir Alex Ferguson is still looking for that intense player that would most likely replace Keano and make the kind of contributions the latter made. Even though Paul Scholes and Michael Carrick are more than adept at their stated roles midfield roles but Sir Alex is still quite convinced that the team needs another powerhouse and he has identified Owen Hargreaves as the man for the job. Sir Alex has proven time and again that he has an almost uncanny ability of identifying what the Red Devils need and he has consistently delivered time and again. I still support Sir Alex’s decision and can’t wait how this season will end for Manchester United.

Paul Scholes says his Manchester United team-mate Cristiano Ronaldo is the best player in the world on current form.

Ronaldo has scored 12 goals as United have opened up a six point gap at the top of the Premiership table.

“The amount of goals and the amount of assists he’s had has been frightening,” Scholes told Football Focus.

“I haven’t seen anybody take players on, score goals and make goals like he has in this first half of the season, so he rightfully deserves that tag.”

Scholes added: “We just hope that for the second half of the season he can have the same effect on the team that he’s had in the first half. We’re sure he can do that.”

Scholes himself has been in top form despite missing much of last season with blurred vision.

Manchester United boss Sir Alex Ferguson recently tipped the 32-year-old as an early contender for the Footballer of the Year award, but Scholes insists there is room for improvement.

Liverpool captain Steven Gerrard has claimed the Professional Footballers’ Association Player of the Year award, despite Wayne Rooney being tipped as the hot favourite. It is the first time the 25-year-old has been named player of the year by his peers, although he was Young Player of the Year in 2001.

“I am still in shock. To go through to another FA Cup final and win this special award in the same weekend is fantastic for me.”

Wayne Rooney, the 20-year-old Manchester United striker, at least won the PFA Young Player of the Year award for the second successive season.

Rooney had been a contender for the senior player of the year prize – along with Gerrard, Arsenal striker Thierry Henry and the Chelsea trio Joe Cole, Frank Lampard and John Terry, who won last year. Gerrard was third in last season’s vote but then went on to guide the Reds to Champions League victory against AC Milan in Istanbul. Players receive two votes and Gerrard revealed that he had voted for Henry and England team-mate Rooney.

Manchester United star Rooney said he was pleased to again pick up the young player prize.

“To win it twice on the run is a great honour and I am delighted with the award.” Rooney said.

Rooney added: “I voted for Fabregas, but it was close between him and Darren Bent.“

It was no surprise that champions Chelsea had the most players named in the Premiership Team of the Year in the shape of John Terry, William Gallas, Joe Cole and Frank Lampard.

Newcastle’s Shay Given was picked in goal while Wigan full-back Pascal Chimbonda was also included after a solid season for Paul Jewell’s side.