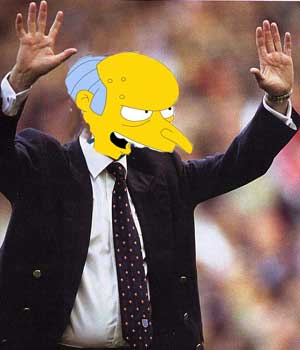 England number two Tord Grip admits Sven-Goran Eriksson has not yet devised a Plan B to deal with Wayne Rooney’s possible absence from the World Cup. The Manchester United striker, 20, is likely to miss England’s group games after breaking a bone in his foot against Chelsea on Saturday.

England face the possibility of being without both first-choice forwards for this summer’s tournament as Owen recovers from a broken metatarsal bone in his foot.

Grip added in the Guardian::

“Of course it’s serious when our top two forwards are both injured. We will know more when our doctor, Leif Sward, meets United doctor Michael Stone for talks on Thursday.”

Eriksson has to name his 23-man squad for Germany on 15 May but will announce a provisional squad on 8 May.