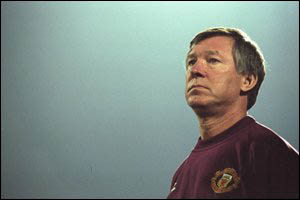 The England international midfielder, 25, is believed to be on the verge of a move to Old Trafford – if the two clubs can agree a deal.

“We have been trying to negotiate with Bayern Munich for quite a while now,” said United boss Ferguson to the press.

Hargreaves starred for England last Wednesday as he helped the team to a 4-0 win in a friendly game against Greece.

Bayern are reluctant to let Hargreaves go but he has made it clear he wants to join United and Ł13m could seal it.

Ferguson said the move was now in the “capable” hands of chief executive David Gill and added: “He’s doing his best.

“You can never be confident but we are hopeful. We are dealing with a big club in Bayern Munich. The relationship between the two clubs has always been good. We would have preferred Ruud van Nistelrooy to join them [instead of Real Madrid] because that may have helped us with the Hargreaves situation. That wasn’t to be. But hopefully we can get something done.”