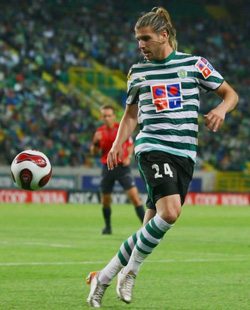 ManU also is rumoured to be interested in the French starlet Jeremy Menez. Menez plays for AS Monaco and has already been several times been compared to Zinedine Zidane for his playmaker talents. First off I would say that we don’t need another playmaker, especially not with Tevez, Nani and Anderson who all can provide cover for a still active Scholes (and Giggs), but if the comparison with Zidane correct is, things obviously are different. But I’d rather wait for an official word than venture in the transfer gossip during this international break.

And since things were expected to be quiet this week, I went ahead and have a guest post at Soccerlens, wondering if Chelsea’s preparing the arrival of Frank Rijkaard.
Don’t believe all the writing competition gossip and rumours header, I already had promised Ahmed to occasionally contribute with a column at Soccerlens. ;-)
And I might do a live report during the England game on Saturday at SL.