I hope you still remember me because with the start of a new season nearing you will read more from me here again.

Manchester United revealed the new kit for the 2009-2010 season today. 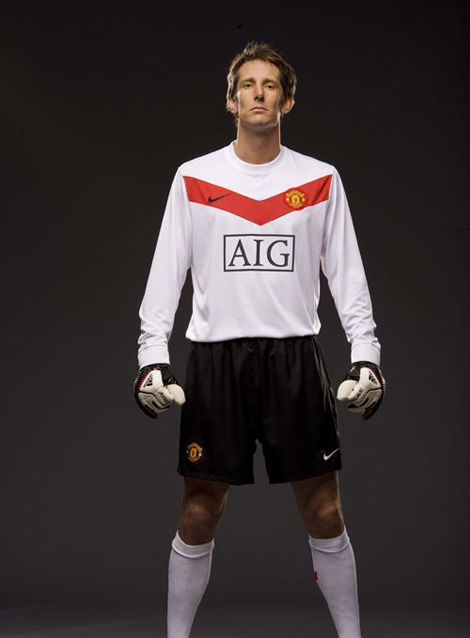 For a second year in a row the kit is rather nostalgic. ManUtd is full of history and our history shall never be forgotten at Old Trafford. Nevertheless I can not say I am entirely convinced by this outfit yet, certainly the goalie kit will take some to get used to even if I find the white kit a lot more stylish than the field player kit.

On the transfer front again we are being linked with almost every available, or not available, international star and although there is no doubt that SAF will reinforce our squad there are many questions to be made.

The Ecuadorian Wigan star is rumoured to complete his transfer to Old Trafford today or tomorrow for a sum around £16m. There is no doubt that Valencia his value has proven and a good player is, but is he made of the winner DNA? And with both Nani and Tosic already available I wonder if we need another person to replace CR7. Remember how good Nani was in his first year and I am sure that his second year was rather bad because of the almost impossibility to get in the squad and towards the end also because Tosic was available for the same spot.
There is no doubt that CR7 better was than Nani when he arrived at OT, but when Nani first started to showcase his quality I was immediately reminded of CRonaldo in his first 2 seasons: way too selfish and focused way too much on showboating. But the guy has been two years at OT now and that usually is the time SAF and his crew need to get youngsters ready, up to the highest level. I expect Nani to outperform Valencia this season if the Ecuadorian signs for us. 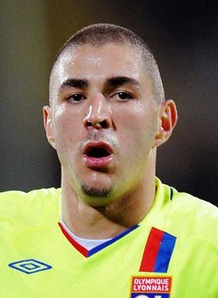 The French international has since long been admired by SAF and there is no doubt that we need someone else upfront after our favourite Argentinean the step to Eastlands seem to prepare. Benzema will bring something we need when playing against smaller teams, he is very strong from outside the box and has a great shot from 20+ yards. Too often we struggle against a wall of defenders and have no problems pushing the opponent back in their 16 for at least 60 minutes but we don’t manage to score. With Paul Scholes playing less and less and Michael Carrick still not shooting too often from outside of the box, we can do with the hammer that Benzema brings.
But is Benzema also the counter player we need? For years now MU have been lethal with counters. Hardly any team can break out as fast as the Red Devils do. Even Berbatov has more than once shown how fast he is on the counter. Benzema certainly isn’t slow, but the question here is ‘Does he still have the eye for the following team players when moving forward?’

I certainly have my doubts how to fit in Karim Benzema, especially because he isn’t the lethal clinical striker we need since RVN left? Will Benzema improve our conversion rate? Still, I would love to see the French international in our squad, especially because he is young and even at a rumoured £30+m he would be an addition to the squad. Benzema also is very tall, which would increase our strength on corners with Vidic and Berbatov already in the squad. 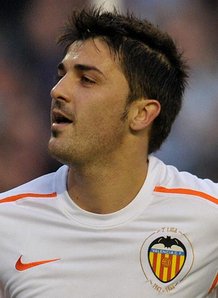 Although the Spanish international already claimed not to be interested in a move to the Premier League, rumours continue and one can only wonder how he will react if megabucks are on the table and Valencia decides to listen to offers around £45m. Villa is an awesome player, fast with a great passing and a lethal touch. He needs only very little space whether to dribble whether to deliver a splicing assist. I think he would be a great addition and perfect match for Wayne Rooney in a 4-42 formation.
With CR7 gone we could even see a 4-3-3 formation at times with Rooney, Berbatov and Villa upfront. All three have the quality to drop some yards back and form a perfect triangle with two up front in the striker role. All three can deliver the last pass.

Another advantage with Villa would be that he could play as advanced midfielder, take over Scholes’s role all while being lots more dangerous than our ginger Legend. But to be honest, I would love to see Berbatov take over that role with time as Dimitar has a great eye for assists. I think SAF could be right and Berbatov could become the next Cantona… if he changes his style slightly.

Villa certainly would be the perfect counter player for ManUtd, but the main question will be ‘Will he leave and join a rain-struck country?’.

Many more names are being mentioned and I will not hesitate not to post my view on them over the next days.