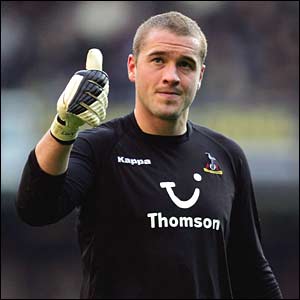 Carrick sealed a move to Old Trafford last month in a deal that could be worth Ł18.6m but Robinson says the sale was “a backward step” for Spurs.

“If we want to break into the top four, we shouldn’t be selling to the top-four group,” he told the News of the World.

“Maybe Chelsea can afford to do it but you don’t see United and Arsenal selling to each other.”

Robinson‘s mood has not been helped by Tottenham‘s poor start to the season, which has seen them lose two of the opening three games.

And the England keeper hopes the money raised from Carrick‘s sale will be used to strengthen the squad at White Hart Lane.

“Financially it was good business for the club – providing the money goes back into the team,” added Robinson.

“If we lose a player of Michael’s importance, it must benefit the areas that need strengthening.”