Many people know the impossible can happen, but even for this famous and decorated ball club, something has to give some time. Already beset with injuries to key players, the United Reds fell short of their goal as they bowed to the superior AC Milan 3-0 in the San Siro. 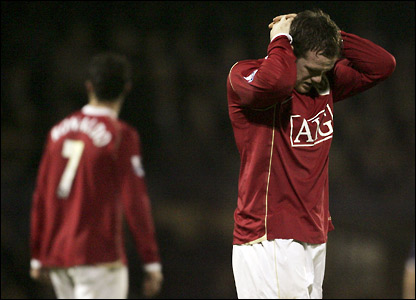 There was nothing really lost but pride since ordinarily, playing beyond the odds and reaching this stage of the tournament despite lack of player arsenal has been an overachievement in itself. As Sir Alex Ferguson put it:

“We gave away goals very cheaply and at this level you can’t do that. Credit to Milan though, they pressed us really well and were very well prepared. They were certainly sharper and quicker to the ball. They’ve been good winners.”

Truly, United may have played poorly, but credit this to fatigue and lack of player experience in tow. Whatever the excuse may be, it all stands that the United Reds have once again why they are among the elite ball clubs to grace the sport.