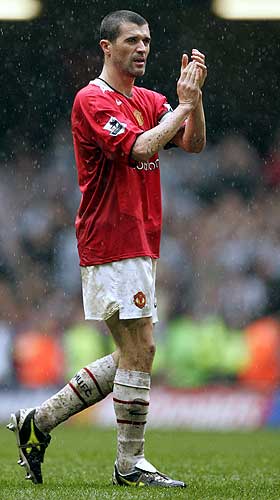 Keane, 34, played for his current club in the first half but ran out with his former United team-mates after the break, to the delight of the home fans.

Keane, who left United in December, told the crowd: “This is something I’ll remember for the rest of my life.”

Tuesday’s game is expected to raise Ł2.5m, the majority of which Keane will give to charity.

Sir Alex Ferguson hailed Keane as one of United’s best players of all time, and Keane responded by paying tribute to the club at which he spent more than 12 seasons.

“You get clubs who are happy to come second or third. Not United,” Keane said in the match programme.

“The fans don’t deserve anything less than winning and that’s what the manager and the club are about.”