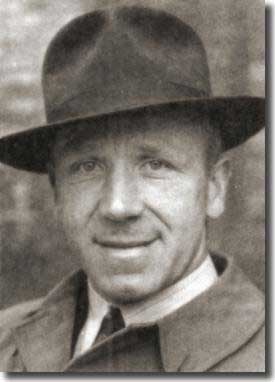 Man United Blog brings you the fifth part of its look at MU History, covering the period 1940-1949.

The outbreak of the Second World War forced football to the very back of people’s minds between 1939 and 1946. But even in the absence of League football, Old Trafford was still the focus of attention. On 11 March 1941 the stadium was bombed during a German air raid. The attack destroyed the main stand, dressing rooms and offices. It was a devastating blow, but within a few years, there would be optimism again around the famous old ground.

It came with a man named Matt Busby, who would prove to be the most important figure in the history of Manchester United. A former Manchester City and Liverpool player, Busby served in the Ninth Battalion of the King’s Liverpool Regiment where his leadership qualities shone through. These qualities did not go unnoticed by United. Busby joined the Reds in 1945, initially on a five-year contract. Little did he know he would still be managing the club 25 years later! Busby didn’t waste any time in making his mark, altering the positions of several key players. He also founded the “Famous Five” forwards when he brought together Jimmy Delaney, Stan Pearson, Jack Rowley, Charlie Mitten and Johnny Morris. Perhaps the most important signing Busby made, however, was on the coaching staff. Matt had met Jimmy Murphy during the war, and identified him as his perfect right-hand man. The pair formed a partnership that would see United become a power in world football.

Busby and Murphy’s first step on the road to glory was to build a team that was capable of challenging for domestic honours. They succeeded almost at the first attempt, as United finished second to Liverpool in the first Football League campaign after the war, 1946/47. It was the club’s highest placing for 36 years, and there was extra cause for optimism when the Reserves won their (Central) League Championship in the same season. Busby’s mix of young local lads and established players won their first trophy the following year, when they beat the Blackpool side of Stanley Matthews, Stan Mortensen and Harry Johnston in the 1948 FA Cup Final. It was 39 years to the day that United had previously won the Cup, in 1909.

The FA Cup was also the club’s first major honour since winning the League Championship in 1911, and recapturing the title would now become the number one target for Matt Busby’s men. During the first five seasons of his post-war reign, United finished second on four occasions, and fourth on the other (1949/50). The thrill of the chase for honours brought the fans flooding back – more than one million of them passed through the turnstiles in the 1947/48 season, dragging the club out of debt. Surely these fans wouldn’t have to wait long to be rewarded with the prize they all craved….

This period on Manchester United football club is covered in some excellent books which you can find at The Ji Sung-Park Online Shop. You can also but some wonderful memorabilia through one of our sponsors: Kitbag