December looks to be a very important and a very busy month for Manchester United.

Premiership betting odds have arch-rivals Manchester City as title favorites, but with six league matches this month, a perfect month could see things shifting in United’s favor going into the new year. 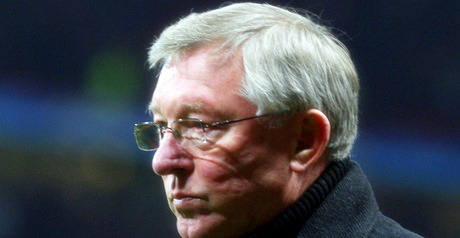 Along with their packed Premier League slate, United have a pivotal match at Basel that will decide whether United will be participating in the Champions League or the Europa League come February.

United will be favored to win all of their December fixtures, but will they do so?

Manchester United have dominated Villa in recent history, with Villa’s 1-0 win at Old Trafford being their only win over United in the last 31 league meetings between the two sides. Villa’s last home league win over United was a 3-1 win in August 1995, the result that prompted Alan Hansen’s infamous ‘kids’ jibe.

Villa come into this weekend’s match with only one win in their last six league matches, and they’ve won only three of 13 league matches this season. However, they’ve proven to be quite adept at drawing, as their seven stalemates are the most in the league.

Along with ending United’s unbeaten streak with a 2-1 win at Molineux in February, Wolves came within moments of a surprise point at Old Trafford last season, but United will be expected to easily dispatch Mick McCarthy’s side at home this time around.

After opening the season with consecutive wins, Wolves have won only once in their last 11 league matches heading into a Sunday six-pointer against Sunderland.

For what it’s worth, Wolves have given up 12 goals in their last five away matches, and the only match in their last 10 to date in which they didn’t allow multiple goals was a 3-1 win over woeful Wigan, so this could be the perfect time for United to have a big day in attack.

United can’t overlook the first of their back-to-back matches in West London. QPR beat Chelsea at home in October, and City needed a 74th-minute winner to claim a 3-2 win at Loftus Road in early November.

However, United should take care of business in this clash, especially considering that Rangers have been far better on the road. Only one of QPR’s four league wins to date was at home, where they are 1-3-2 ahead of a weekend visit from West Brom.

Fulham have been struggling in the Premier League, but this match actually shapes up to be a challenge, given that United are winless in their last three league visits to Craven Cottage, including last season’s 2-2 draw.

But the Cottagers aren’t looking as strong at home as they usually do, as they’ve won only one of six home league ties this season going into a Monday night meeting with Liverpool.

Another potential factor favoring United is how tired Martin Jol’s side could be coming in. This will be their fourth match in less than two weeks, as they visit Swansea on the 10th, host Odense in a Europa League match on the 14th, host Bolton on the 17th, then face United four days later.

To say that United have dominated Wigan since their entrance into the Premier League would be a major understatement. Along with a 4-0 rout in the 2006 Carling Cup final, United have won all 12 of their Premier League meetings with Wigan, outscoring them 37-4. At home, United are six for six, outscoring the Latics 19-1 in the process. Nine of the 12 wins came by multiple goals, and in the last four matches, United have scored 16 and conceded none.

Wigan needed a late rally to avoid relegation last season, and they look destined for another dance with the drop this season. Roberto Martinez’s side will face Arsenal, Chelsea, and Liverpool at home in December before coming to Old Trafford, and that stretch could toughen them up for the long haul, but United will be expected to deliver another beatdown in this Boxing Day bout.

Last season, United put seven past Blackburn at home, and even if they don’t hit that lucky number this time, another convincing win should be on the cards.

Blackburn did beat Arsenal at home, didn’t go down easy in home defeats to Tottenham and Chelsea, and held City for nearly an hour in a 4-0 home defeat. But away from home, they’ve surrendered three goals in a game five times already, and they’ve allowed 17 goals total in seven away matches to date. Those numbers don’t bode well at all for Blackburn, and United will be expected to inflict more misery on beleaguered boss Steve Kean, if he’s still in his position come New Year’s Eve.

Ahead of the group stage, United were expected to qualify easily and top a group that, with Basel, Benfica, and debutants Otelul Galati in it, appeared to be one of the easiest on paper.

However, games and groups aren’t won on paper, and United will head to Switzerland needing to at least draw to qualify for the round of 16, with a group win more than likely out of the equation after being held 2-2 by Benfica at Old Trafford in their last group match.

United are often at their best when dealing with adversity and tense situations, so you’d have to favor them to take care of business and book their place in the last 16. It might not come easy, as Basel are also chasing the same thing and will be confident after their 3-3 draw at Old Trafford in September.

But the presence of Nemanja Vidic, whose only Champions League appearance thus far was a red-shortened one in the away tie against Otelul Galati, should steady a United back line that was shaky in the home draws against Basel and Benfica, and that will be pivotal in United’s quest to progress.