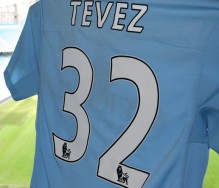 There was no sign about him wanting to leave but then the public whining started, mainly whenever he left the pitch. Outcries to the fans became more and more obvious and it started to become clear that he would leave. In June the news broke that he was offered a new 5 year deal at £120k/week, which he refused. Yesterday when he was announced at the Council House he said what his reason to leave Old Trafford were: END_OF_DOCUMENT_TOKEN_TO_BE_REPLACED

The hunting for the strikers right now for United is going as fast as they can.We are approaching almost any striker of our caliber to play with us.Initially Huntelaar was the man that United favored as striker.But as the time faded his signing almost is looking impossible. END_OF_DOCUMENT_TOKEN_TO_BE_REPLACED