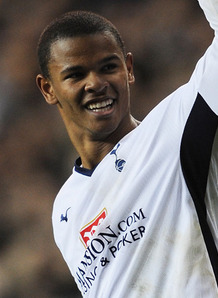 Long time no SEE :P Yea i was out with a bad bad fever and was left with no EPSN access.I managed missed all matches since my last post game which made my sickness even worse.
Hopefully i am back and United’s last game was at home.Reading about our last 5 goal victory over Rovers i was expecting to treat Sunderland the same.
But it just wasn’t our day.Countless attack at Sunderland’s wall and infinite number of moves,hardly manage to get the ball to the post.
There were times when it was all more frustrating than goalless strikes.Ronaldo’s bitchiness continued in this match too and it now looks he has lost his flair.His bad play was also one of the reasons for me to lose interest in match. END_OF_DOCUMENT_TOKEN_TO_BE_REPLACED

Just as what i predicted. Goal golare!! United makes a heavy win at Stadium of Light making top spot at English Premier League.Though i selected Ronaldo for 2 goals,Rooney for one and Tevez for one.

The game  was an easy encounter.Sunderland with loads for injuries and bad form while on the other United with sublime form and top spot.The results were almost expected from every side.It was good to see our duo forwards Ronney and Saha with scoring form END_OF_DOCUMENT_TOKEN_TO_BE_REPLACED

After taking Everton at home with a cheeky win Manchester United is travelling to stadium of Light for having second encounter with Sunderland of this season.

Both United and Sunderland having injury issues with an opposite standings in league.United running just a point under league leaders Arsenal while Keano’s Cats are rock bottom at 18th place.