A victory could have set us through the stages but a fair result seeing what Ferguson picked for the match.Celtic as such at home are not as poor as they are on away fixtures.There last 10 games at home have been fairly profitable and also keeping in mind which the players we were playing in.

As thought Celtic turned out to be different.Wasn’t the same Celtic that we saw at OT.United though were confident of maintaining clean sheet first blow was from Celtic side.Poor positioning by our new Goalie,Foster allowed Mc Donald to chip the ball into the corner.A beautiful crafted goal by Celtic however u can give credits to keeper too.

United didnt look any sort of different after conceding goal so early.The cheeky play was still there however improvements was seen in set pieces.As such the later game went on with “Covering the post” strategy as Celtic walled their 11 men in front of their poles.

The game progressed and was approaching the time.Ferguson then decided to pick up his strongest brute force and brought Rooney and Berba.No difference either as Celtic had a mindset of not taking or allowing any lead.
Just as things were looking over for United,Ronaldo magic sparked everyone’s faces.A long shot fired from Ronaldo left Celtic’s keeper dazzled while he only managed to get his hand in between the ball.The power and curl was so much that even the rebound didn’t help the ball to bounce far.Giggs then took the ball scoring for United leveling United.A well deserved goal as we worked very hard of this one.I assumed it to be an easy one but turned out way different.

Now its time to get Gooners!!

A double for Berbatov and Rooney with an unstoppable goal,United put a comfortable lead in group taking crushing Celtic.

With United in such red hot mood and Rooney in such unplayable form there go be no other result for this game.Celtic already suffered major blows with their experienced men out of team.Celtic boss was aware that it was not their day and Celtic was likely to register their tenth away defeat in the competition.<!–more–>

Rooney’s ninth goal in seven games has United’s hope to recover soon from early goosebumps.To put this way Rooney only plays when United needs.But with Celtic,our team was too passive for first half.I wouldn’t have been to suprised if the result were draw with that first 45 minutes.Well the game took life in second half.Berba’s sense and Rooney’s vision was all that needed to wrap up the game.

2 second half goals from Berba and Rooney each made United into cushions while the Celtics never looked to threaten.A splendid win to keep us at top of Champions league table while Celtic on the other hand at the brink of relegation.

Fergie is quite happy with the result and is looking positive with United’s present form.

A win could have been much better but a draw was satisfying one.The night mare of Anfield hasn’t yet passed my eye which makes this draw edible.

I missed my early parts of games due to my college time i still managed to see quite of neccessary action.Boys were encouraging and happy to see atleast few of them with thirst.Park especially was the pick for me.Long time that we saw him back.He had to play this way to keep his position up in team.The mid-field is back for the time being.Hargo and Fletcher both need to be fit for Stanford Bridge game.
END_OF_DOCUMENT_TOKEN_TO_BE_REPLACED

Bad time really for me..
Got no access for watching the match and really felt bad about the game.
Though i managed myself to watch the match just few hours back.Really a terrible performance by our side.United wasn’t at all the deserving ones looking at how hard ZENITH worked.TEVEZ for me was the only man who drenched all his energy to compensate for our other players.We still aren’t prepare to play with Ronaldo or man with his calibre.

Fergie needs to get Berba for good’s sake to make this season successful.
Form really is bad with United for now.I hope we get lucky against Liverpool and Chelsea.

U can watch the match highlights over here… END_OF_DOCUMENT_TOKEN_TO_BE_REPLACED 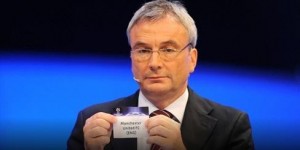