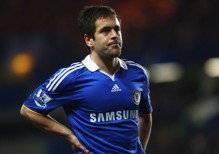 That is right it now seems that amidst rumours of the Glazers having no money and the Red Knights wanting to salvage our club, and finances, Mr. Cole’s agent has decided to bring ManUtd in the game to negotiate a better deal for his long injured and under performing client. As is typical with the Rentboys, when your body and mind reach the age you start becoming slower, have more off-minutes in a game than you had off-games in a season, when a player closes in on 30 years, instead of showing loyalty for having earned millions every year already, enjoyed fat weekly checks sitting at home, recovering legs up, you hold out for a new long-term contract with possibly even more money. Lots more.Precedents are numerous and well-known: Mr. Fat Frank, Mr. John ‘Slippery’ Terry, Mr. Michael ‘I Can’t Tackle for Sh*t And My Gob’s Bigger Than Red Nev’s’ Ballack and now both Anelka and Joe Cole seem to be the next ones on this elusive list. END_OF_DOCUMENT_TOKEN_TO_BE_REPLACED