Other than last Sunday’s disastrous end to the Community Shield ((More about that tomorrow, Saturday)) our pre-season has been rather psoitive with only one lost game, in Munich. 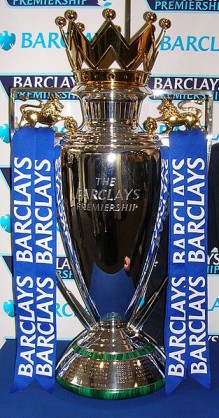 We have been rather quiet on the transfer market and probably achieved the biggest feat of all Top 4 teams by signing Michael Owen, but also Gabriel Obertan who will miss the start of the Season due to an injury.

CR7 left Old Trafford to join the Galacticos II and Carlos went for the big bucks, and another bench, to the other side of town.

What will the season bring? No one knows. The Top 4 have struggled to sign stars qand then there’s that little trophyless club at the Council House who signed everyone who weren’t allowed to throw everything out of their pram and then cry out loud.
I say nothing will change at the top and the same old 4 will be in the Top 4 at the end of the Season. City will have a new manager by at last February and ManUtd and Chelsea will go down the wire until the bitter end.

The season starts at Old Trafford with a lunch game on Sunday at 13.30. The Red Devils are facing problems with injuries at the back with not only Van de Sar and Vidic out injured, but also Rafael. Both evans and Nani are doubtfull for Sunday’s game.

Our main midfield and attack is fit though and we will have to wait and see how SAF will deploy the attack now Rooney has been promised a more central role, making Berbatov and Owen fight even more for their starting position. In midfield we are almost certain to see Fletcher, Park, Carrick and Valencia start.

Tomorrow I will rewind to last week’s Community Shield game and analyse what we can learn from our performance last Sunday. Next week I will analyse the opposition’s corner. Right now I am thrilled to see the season kick off again!

Do not forget to sign up for our Fantasy League, only hours are left to join and be in the points from the first gameweek! Go to the Official FA Premier League Fantasy site and join our league with the code 906037-185070.